Life is difficult for the majority of Angolans. If you live in the capital, Luanda, and have money or at least a job, you have a chance of having a “normal” life. But, if you live out in the distant provinces and are born blind, life will be difficult. It is with this knowledge that the case of 3 siblings who showed up at Boa Vista caught my attention. 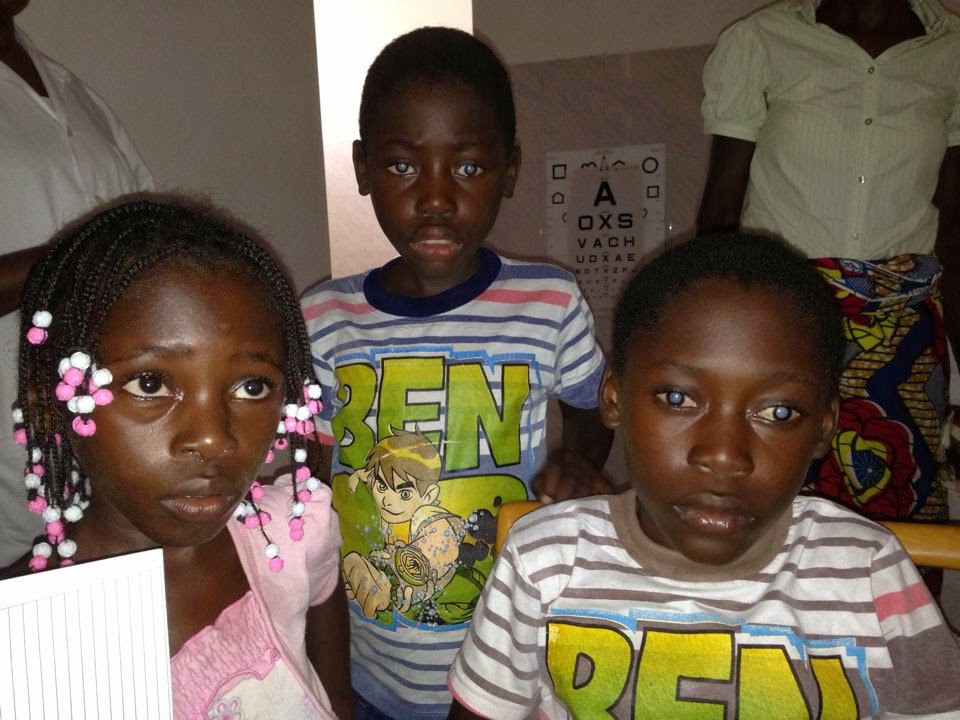 Josemara (12), Fernando (9) and Juliana (6) live in Lunda Norte, a 20 hour bus ride to get to the Boa Vista Eye Clinic. Their mother brought them all the way to Benguela with the hope that something could be done for her children. She had already taken them to several doctors in the north, all of whom said that the kids needed a surgery but had no way to provide it. When somebody at her church suggested that they be taken to Boa Vista in Benguela, she began saving and borrowing money to pay for the bus ride. This is no small task for a mother of 3 blind children. Once she finally buys the bus tickets, she must pray and hope that when she gets there the doctor will see her children, and be able to do something about their condition and won’t charge a huge bribe to accomplish it. A major leap of faith. The reality of most health centers is they only work for those who have money. The poor are unable to pay enough bribes to receive the “free” government healthcare.
Our team at Boa Vista was able to see the three kids, schedule and perform their surgeries all on the same day. Yesterday, I performed cataract surgeries on one eye for each child. We started with the oldest child, hoping that if he didn’t have any trouble with the local anesthesia he could tell his brother and sister that it was okay. Then the second boy also managed to cooperate and laid still during his intraocular surgery using only local anesthesia. Imagine that! But the youngest, a 6-year-old, was quite difficult, but with the bribery of chocolate she was able to manage. Is there no end to what chocolate can do for a woman? 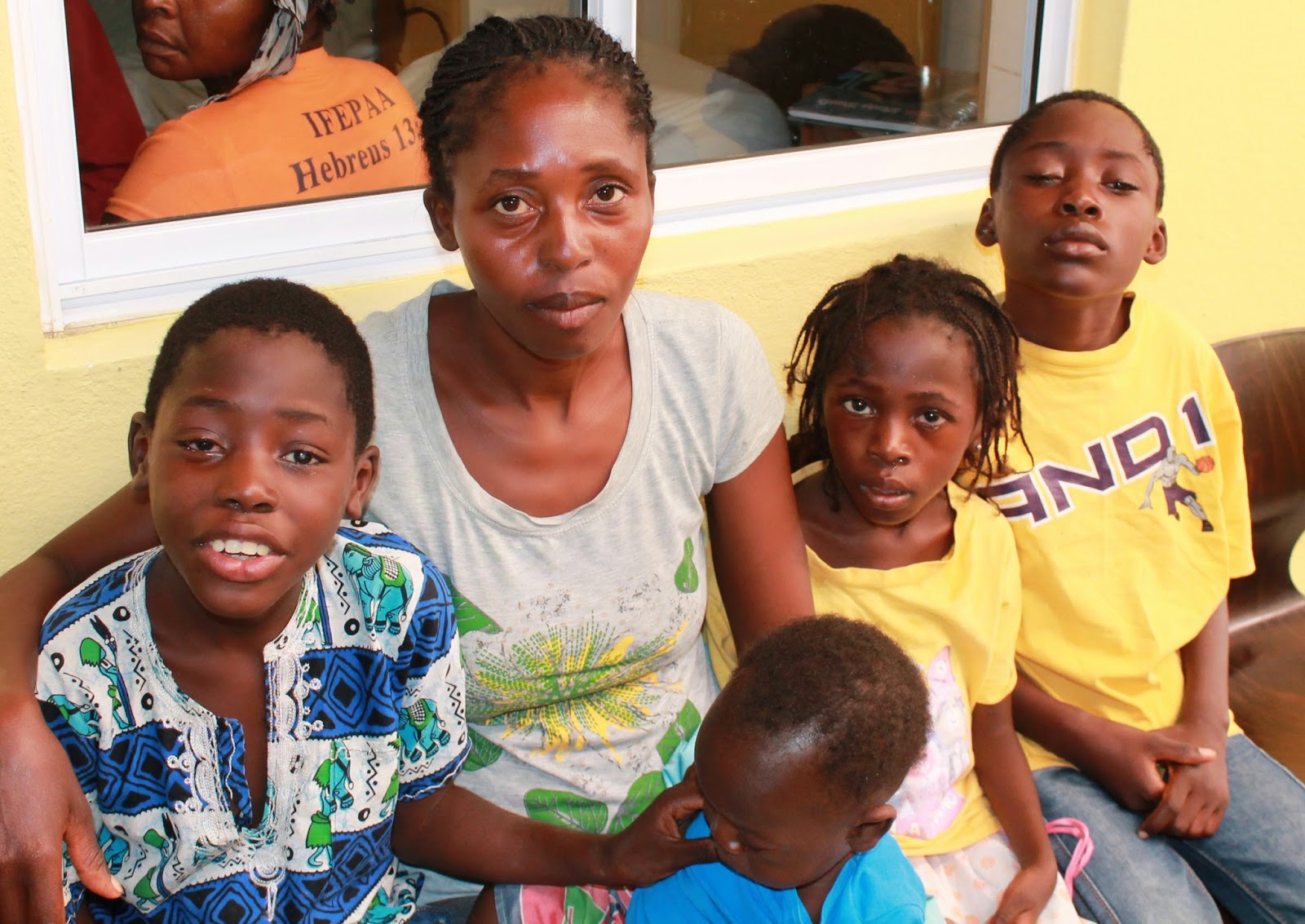 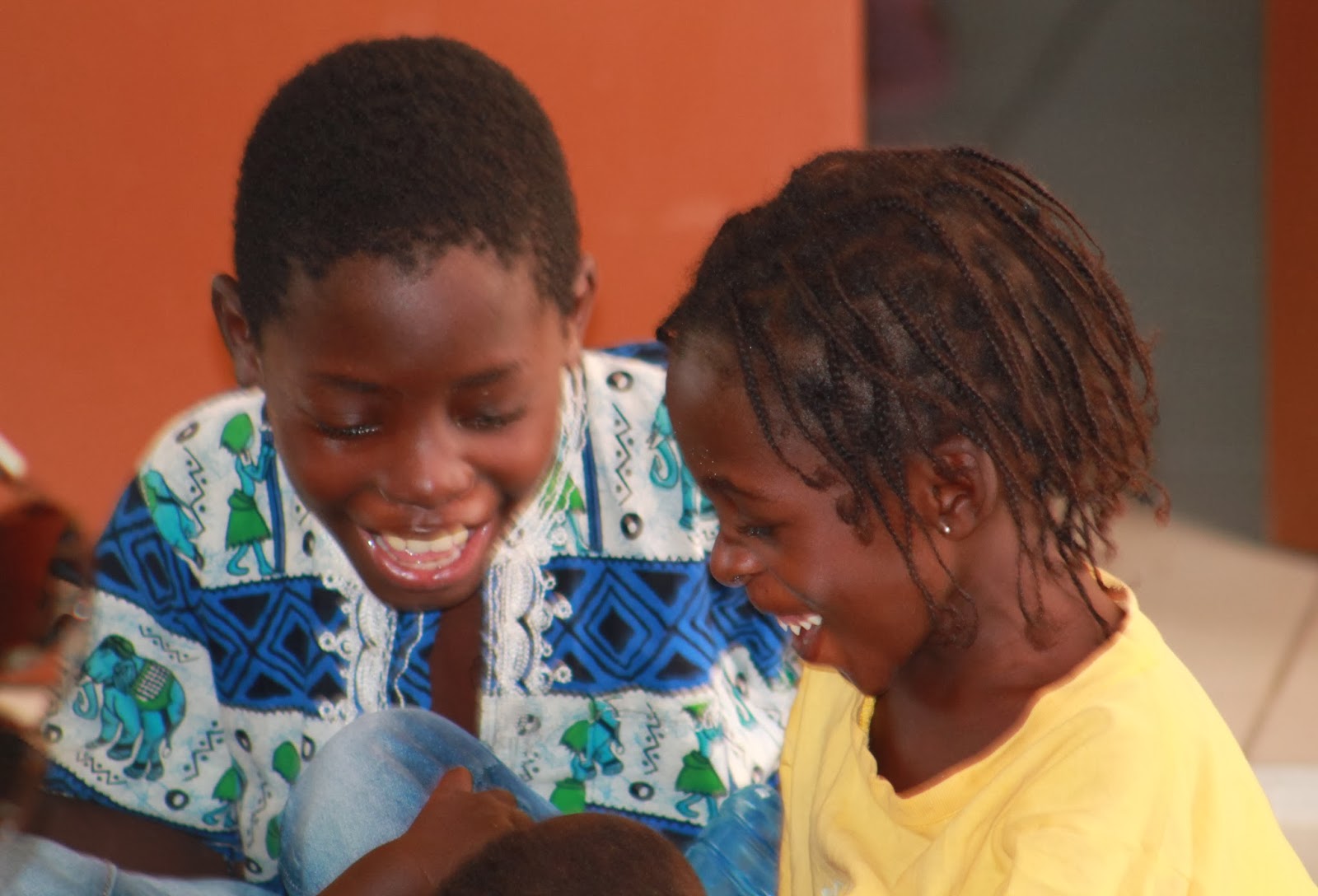 Today we saw them after the patches were taken off. The family is very happy, but you have to be sneaky to get photos of people smiling here. All three of the kids are now walking without any assistance! No longer totally blind and with good expectations of visual recovery over the next few weeks. I am very grateful that we have been able to be a part of helping so many people here in Angola over the last 2 and a half years, the Boa Vista Project has done over 6,000 individual cataract surgeries since my arrival in late 2011. It is stories like these that I will remember with fondness from our new home in Portland, Oregon.
For those who have not heard, our family will be leaving Angola in May of this year. I accepted a position at the Casey Eye Institute of Oregon Health and Sciences University (OHSU) in Portland, Oregon. I will be an Assistant Professor of Ophthalmology and work in the cornea division (cornea transplants).
We feel like OHSU is the next chapter for the Clements family.  At times I was not sure what was happening in my life or for our future, but we prayed about our families future at every step of the way and felt confident of the steps we were taking. When mentors told me that moving to Angola was a bad idea and I was throwing away my career, I confidently told them that I didn’t see it that way and God had a plan for our lives. Before that when I did not match into a cornea fellowship (my dream since college), and wondered what was happening with my life, God opened the door for me to go to Harvard. Imagine that, Harvard inexplicably had an open spot when I thought the doors to cornea fellowships were closed. Who does that? God does.


I plan on using this new post not to escape the fight against preventable blindness around the world, but to amplify the resources available for the fight. The Casey Eye Institute has a history of international service and has leaders with a global vision. Somebody once told me prior to our move to Angola “John, in the fight against preventable blindness you don’t want to be a foot soldier, you want to be a general”, meaning don’t go to Angola, and dirty your hands living in another country. I replied that I think the best generals were once foot soldiers. Now I have first hand experience treating blindness in Africa. I have insight into the factors that keep places like Angola poor: the craziness and injustices, the cultural practices and beliefs, financial strains, politics and corruption--I have that experience. These will help me in the future develop more effective strategies for blindness prevention in the developing world.
I could not be happier about the move, but it will be difficult. We will be leaving part of our heart here with the Angolan people. We appreciate your support over these last 2 and a half years. Lori and I both always have received wonderful responses from you, our readers, through prayer, financial support, and projects sending supplies over. Thank you so much for being apart of our journey.