Out with one Project in with the New

Remember Rita's house project? Well, this week Rita and her family finally moved into there new huge house! We are so happy and thankful to all of you that contributed. 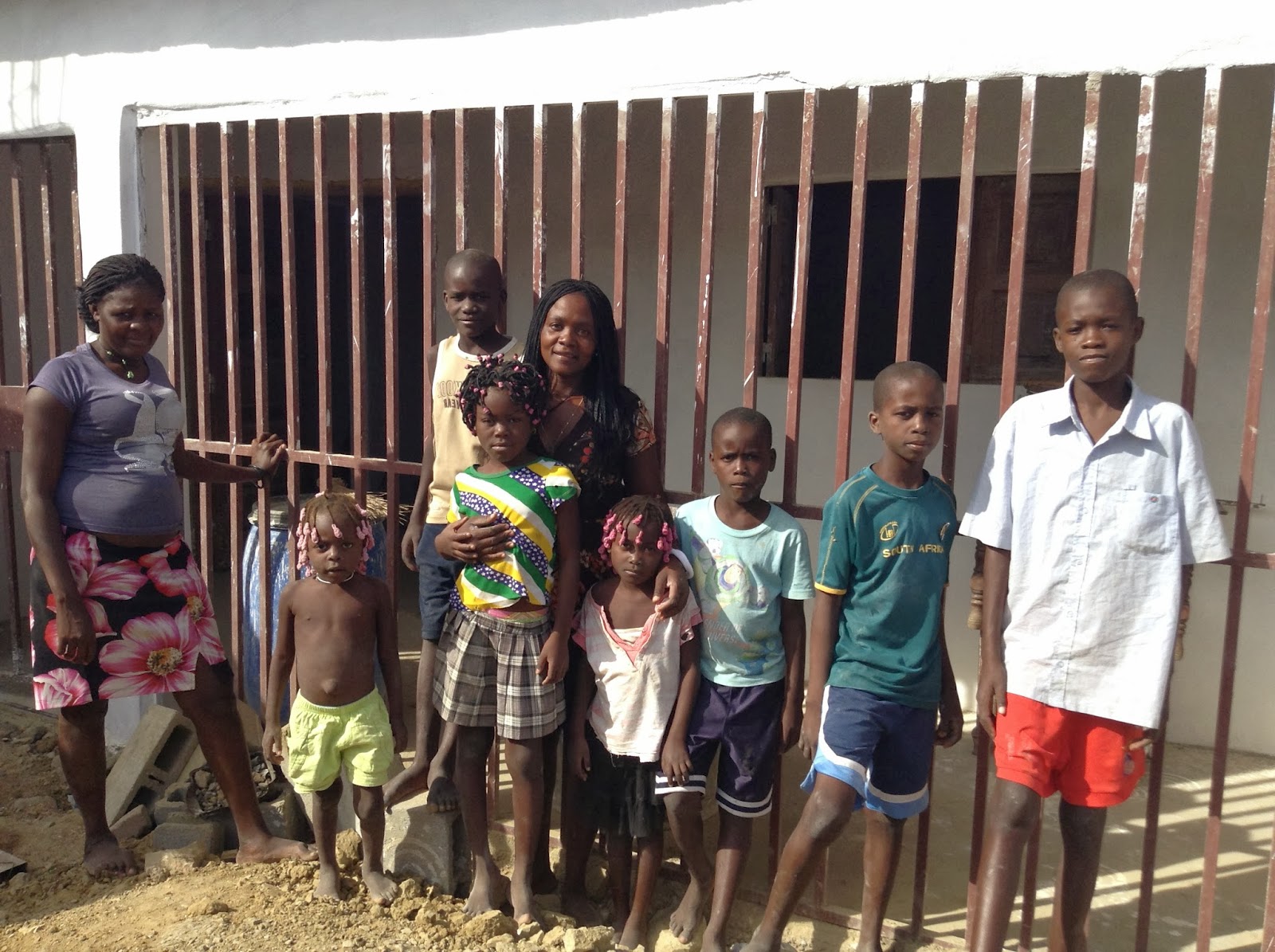 This is Rita and all of her kids, plus her niece and her daughter that live with Rita. Her niece stays home with her kids while Rita is working. despite their demeanor they are all super happy. Something weird happens in this culture when a camera surfaces. All faces go stoic. Anyway, we are firm believers in empowering and not just giving things away. So we built Rita's house until it was in a position where she could finish it herself and feel the accomplishment. So our part was done a few months before, and she had it wired for electricity in the event that the community receives electricity from the city. And she also built her own bathroom on the side of the house. I guess that would be called an outhouse, but that gives Americans a negative idea, but here any bathroom is a luxury. So not only is she the owner of a beautiful new house, but she is also the one who saw the project through. Rita is so relieved to have something to pass on to her children that I can see a weight has been lifted from her heart.
Thanks again for all of you who helped.
NEXT!!!
This is Silva Mocili. 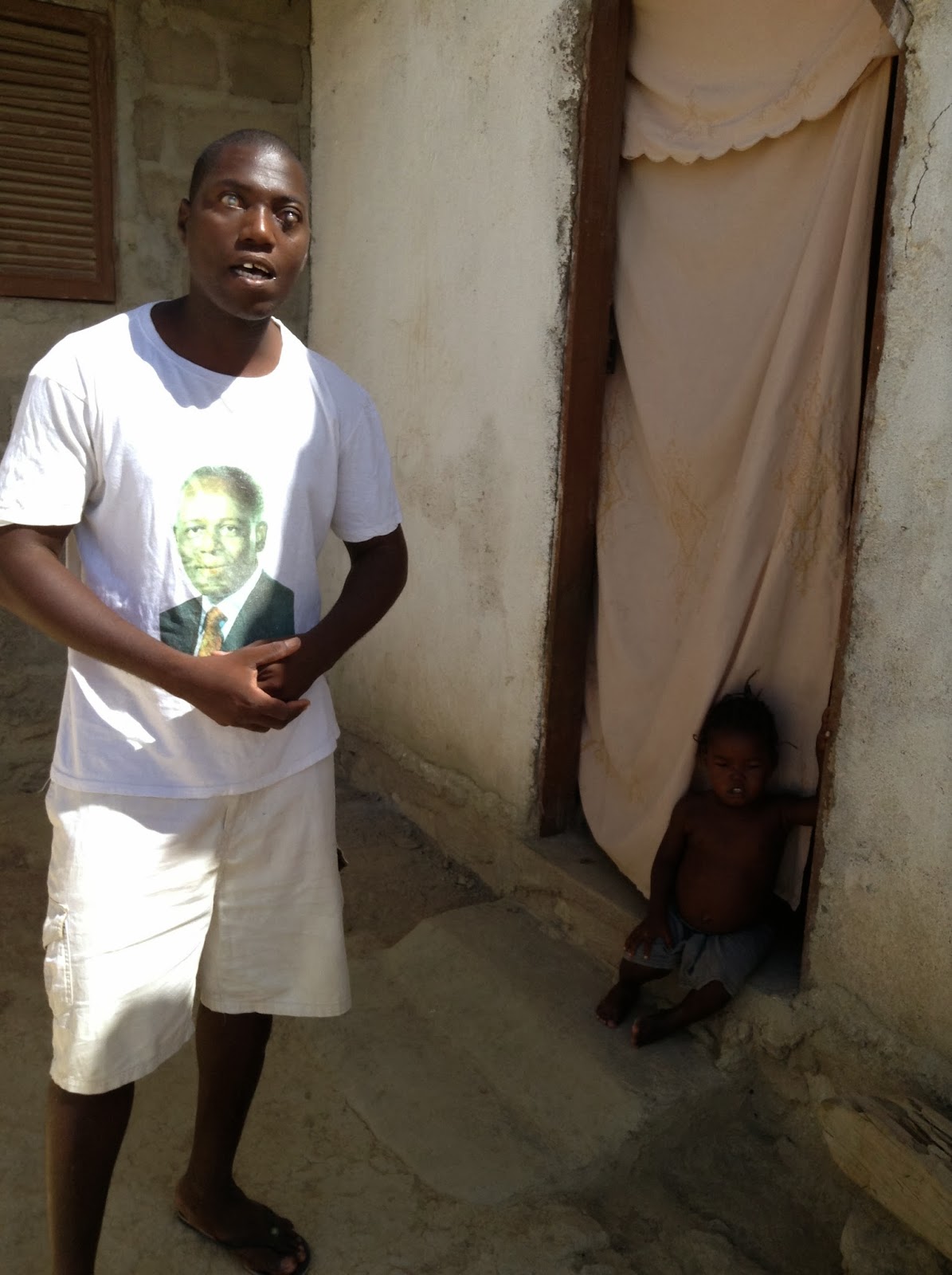 He is a husband and father of two girls, pictured is the oldest girl. The baby went with the mother (Mocili's wife) to the market to sell vegetables to support her newly blind husband. Mocili was a brick layer until three years ago when he went blind. (Non doctor writing today, I don't know why he is blind, but John did confirm that there was no hope as of yet.) 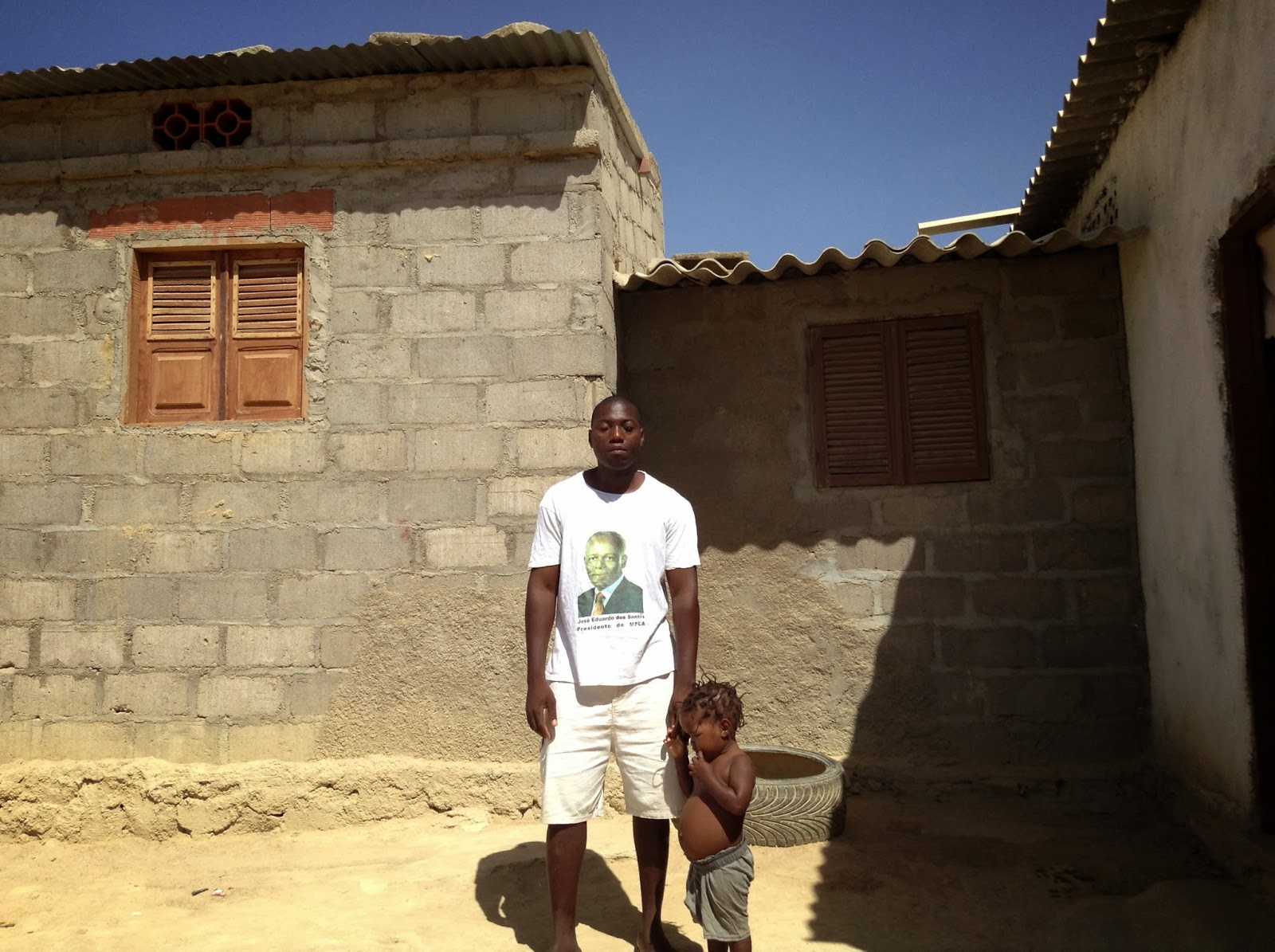 Mocili built his own house a few years ago and then started on a family store which would have been attached to the house, pictured below. 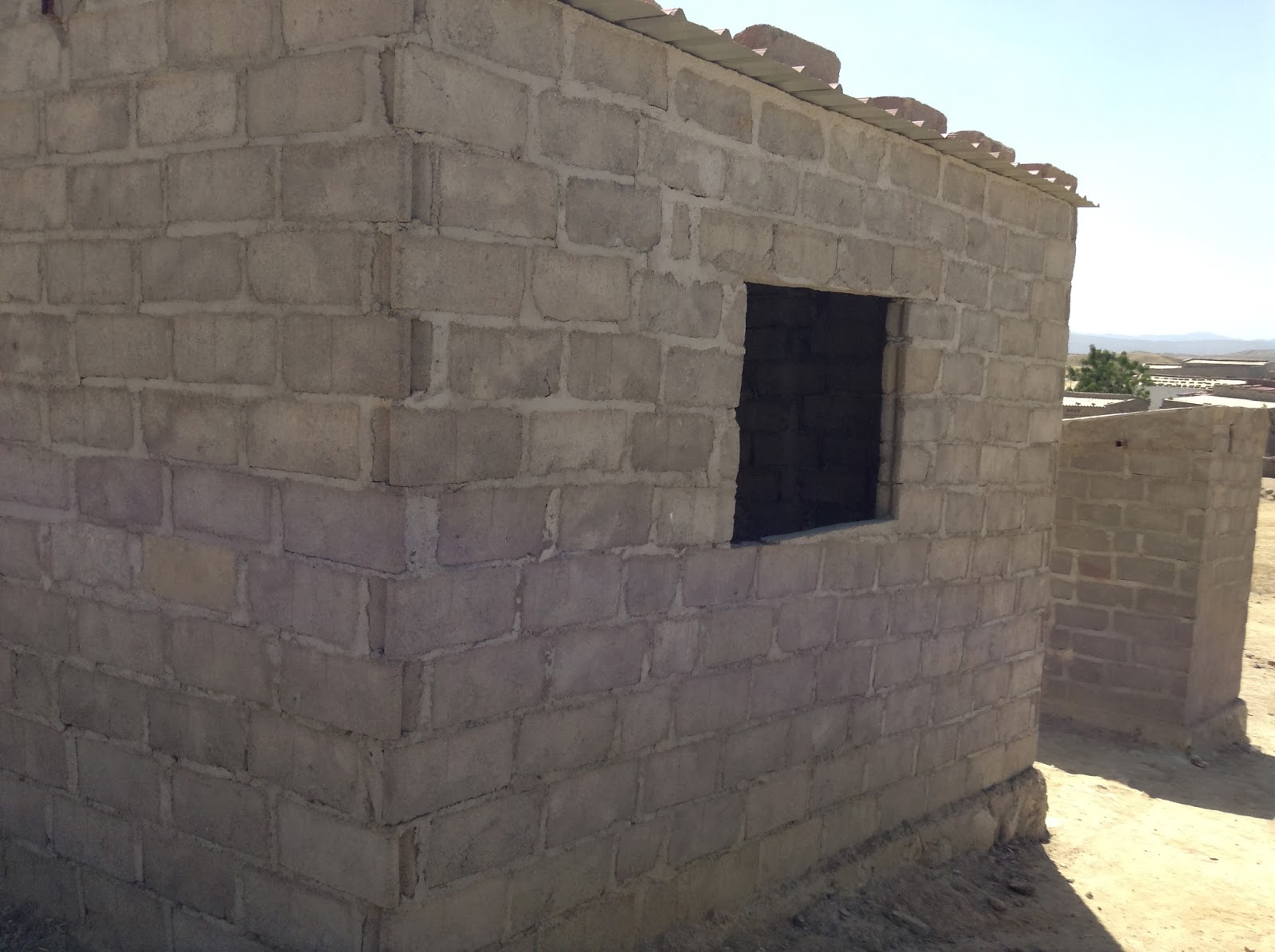 When he went blind the store project went on hold. Last week I was just out visiting blind association members when I came across his story. My heart leapt with joy to know that the lord put him across my path, and I've been given the means to finish this project! So far, the initial estimate to finish the store and make it nice! will only be $1,000. So we are already running with this one. In two weeks, I hope to be filling his little store with things to sell. And now his wife and new born baby do not have to spend the days trying carry vegetables around in the hot sun to sell. She will be able to stay at home with her husband and still make a living.
I still don't believe how this next story works out, but it is working. Pictured below is Jose Pedro. 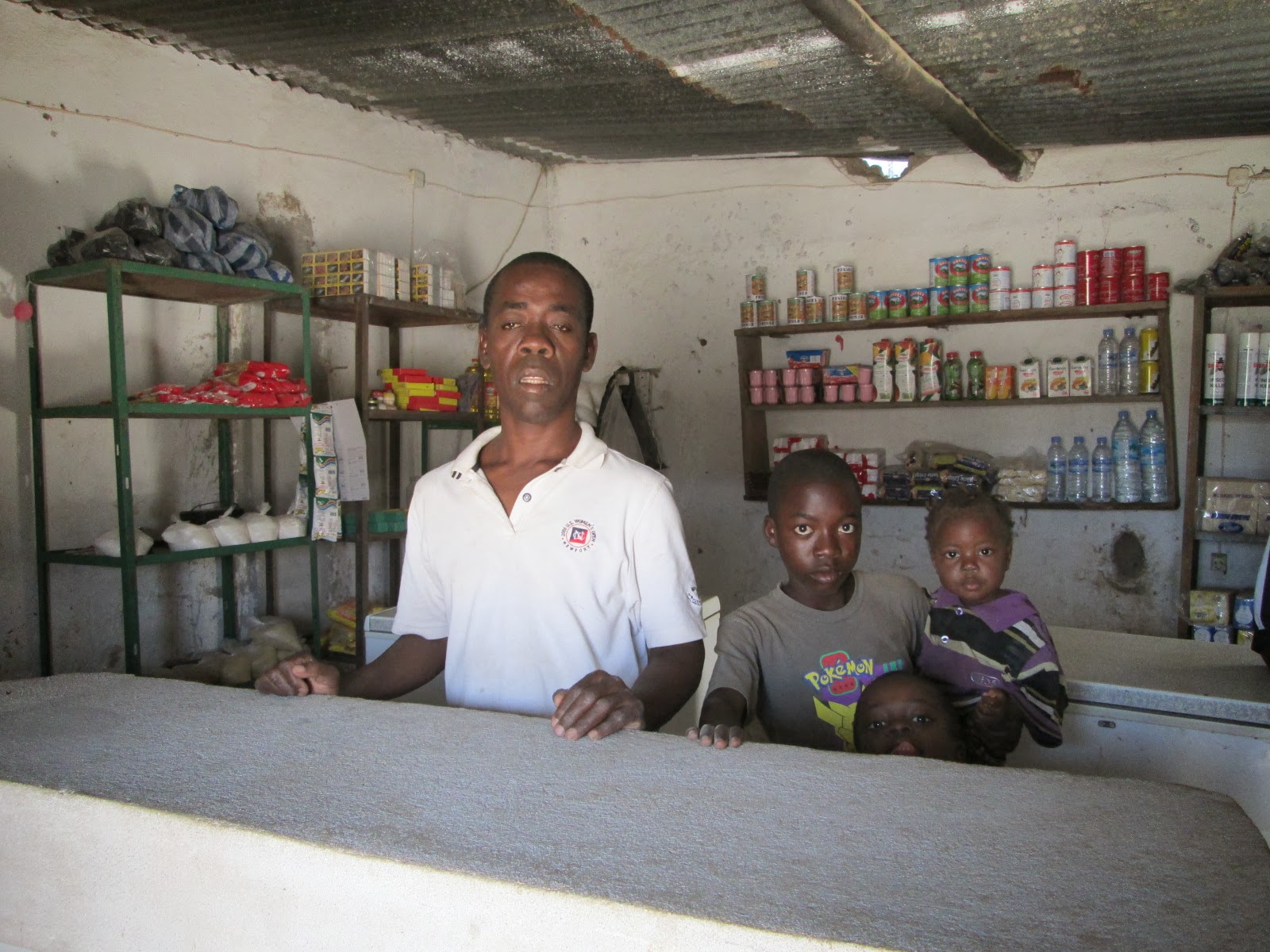 He and his wife are both blind from a childhood case of the Measles. They run this store together. (His wife was out making store purchases during my visit.) Pedro and his wife received a government loan to build his store, and is paying it back. Normally his 9-year-old nephew helps with counting money, but when he is at school, Pedro's 5-year-old son (peaking over the counter) is his parents only seeing help.
I have no words to write, I'm inspired by this couple. May you also be inspired.
Thanks for reading, From Angola with Love,
Lori
Posted by John and Lori Clements at 10:41 AM 3 comments: