I (John) returned home from Paraguay this last week. It was 2 weeks well spent. I had a great time. Met lots of new friends, have learned a lot about the practice of Ophthalmology in a different setting. 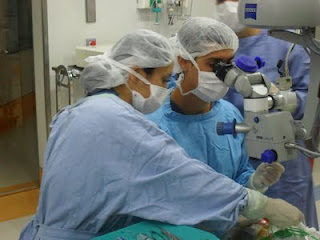 We now have less than 2 weeks to prepare all of our belongins for year and half in Angola.
One of the most important steps in this process is getting our temporary residence Visas from the Angolan consulate in New York. We are learning lots about the visa process for the country of Angola, most of it good. We just paid another $700 with the potential for getting the visas back early next week. Please pray with us that the visas come through before our scheduled flight on Sept 7th.
We are busy making preparations for living with the risk of infectious disease such as Malaria. Treating our clothes with Permethrin to repel bugs, buying anti-malaria drugs for the kids.
We are still trying to learn Portuguese, while both Lori and I feel OK reading it, speaking is another matter. Fortunately, our sponsors have arranged for us to have a tutor for the first several weeks to months that we are in Angola to ease our transition into a Portuguese only culture. There are very few english speakers there.
Saying good bye to friends and family is also a big priority. We are expecting a great visit with My parents this upcoming weekend.
The next post will be from Angola, look forward to being able to give you a great report on our initial transition into the culture.

Posted by John and Lori Clements at 7:08 PM No comments:

I am in Paraguay for 2 weeks learning how to take out a cataract without all the fancy (and expensive) tools I learned to use in my Western style Medical training.

So far so good. Trip to get here was a little rocky, but I suppose that is just a foretaste of what a trip to Africa with 3 kids will be like.

It sure is nice down here for being "winter" Lots of flowering trees. 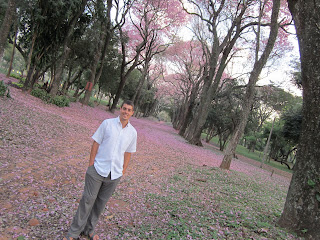 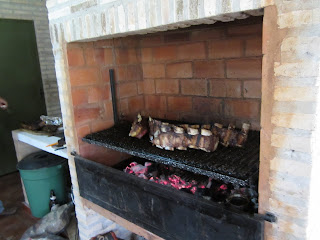 They love "carne" here. I fit right in. Sorry Lori, haven't met any Vegans.
Posted by John and Lori Clements at 12:41 PM 1 comment: