I know I just blogged, but John had a big week, so I'd like to brag. The American Ambassador for Angola came to visit Boa Vista and honored John with an award recognizing him for his sacrifices and compassion for the blind in Angola. 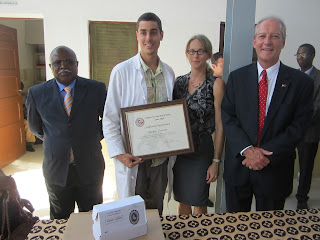 The local news came to see as well! 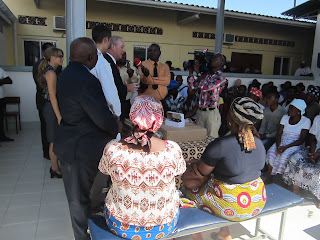 Then we were given a new invention in the glasses world, by AFRICOM, a humanitarian devision of the U.S. military. Thank you for that AFRICOM. These glasses are prescription adjustable! 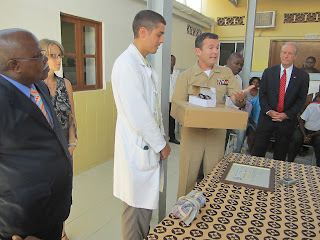 And then we were re-awarded the award at a fancy reception. Never thought I'd be putting make-up on this month, and very glad for my new friend Mariana, who owns fancy dresses. Thank you Mariana for making me beautiful. 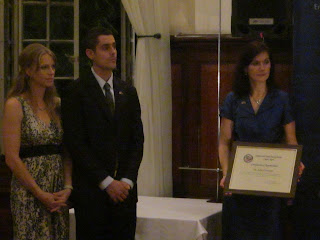 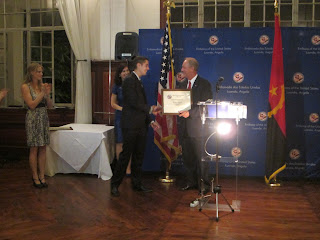 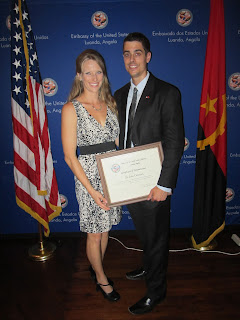 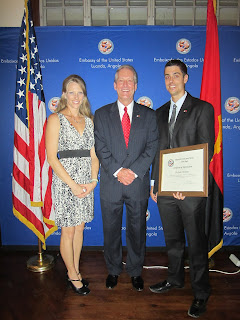 We met many amazing people this evening and were very humbled to be recognized. I'm so proud of you John!

From Angola with Love,
Lori

I just got back from a ladies weekend get-a-way. It was much different from the New York trip I went on with my mom and sisters. 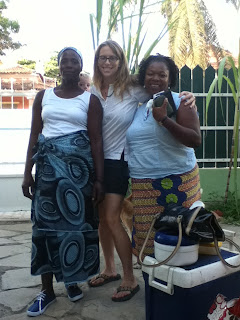 Above, we are getting ready to go, Catarina on the left and Elizabeth to my right.
We drove out about three hours from our city called Benguela, to a provence called Cubal. When we first arrived Elizabeth informed me that beef is much cheeper out there, so off to the butcher we went. 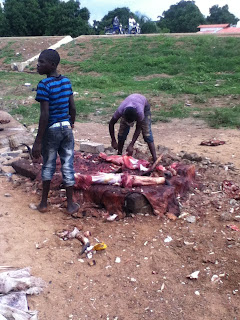 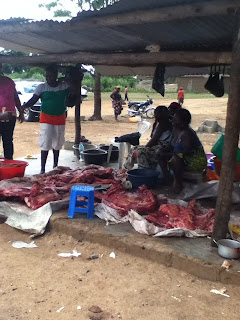 
I didn't participate in purchases.

Posted by John and Lori Clements at 12:35 PM No comments: